The Republican Party of the United States, also referred to as the Grand Ole Party, was founded in Jackson, Michigan in 1854.

The primary leadership positions in the RNC are Chair, Co-Chair, Secretary, Treasurer and General Counsel.

The Michigan Republican Party (MRP or MIGOP) has elected leadership called the State Central Committee.  There are also Congressional District Committees and County Executive Committees.  The diagram below shows how precinct delegates are elected to serve on each committee.

The Michigan Republican Party is governed by a set of bylaws, which describe: 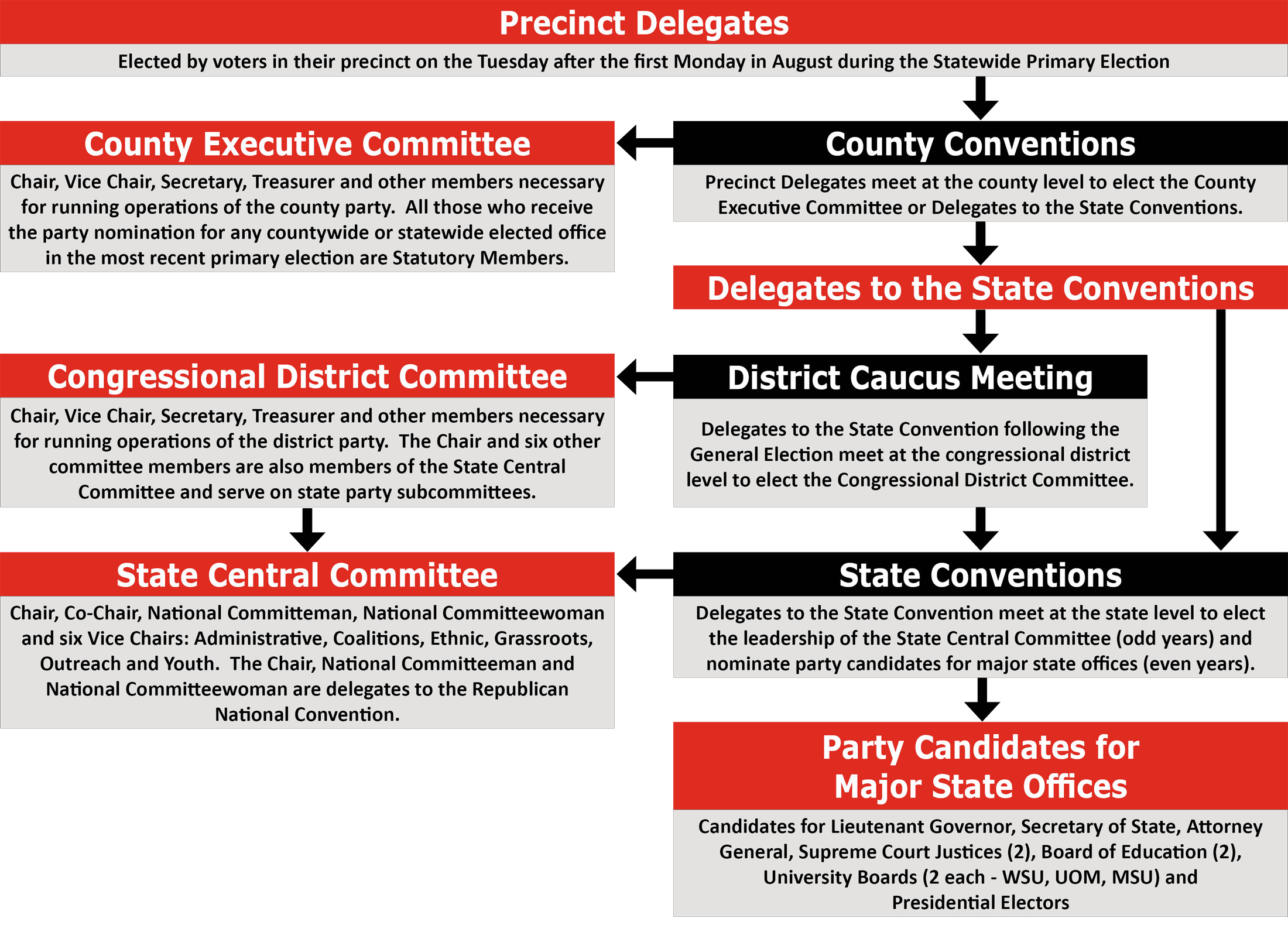