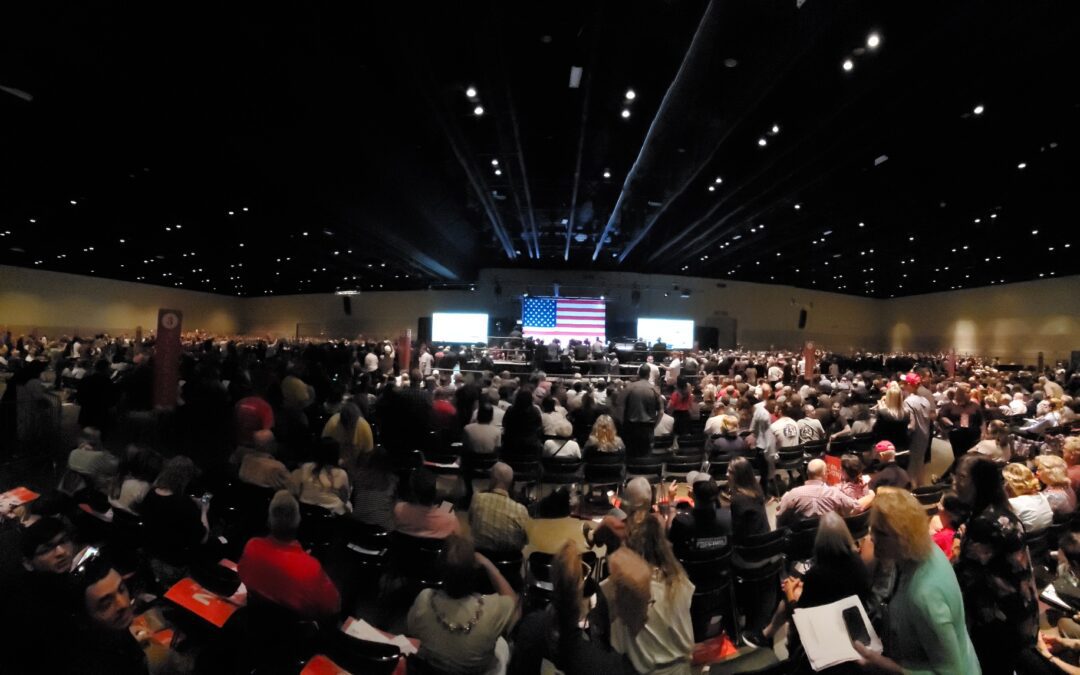 On Saturday, August 27, 2022, thousands of freshly-elected state delegates showed up to the Lansing Center in Lansing, MI for the state nominating convention. The primary purpose of the state convention was to nominate a Republican candidate for Lieutentant Governor, as well as officially nominate the candidates for Secretary of State, Attorney General, Board of Education, Michigan Supreme Court and University Boards who had received the party’s endorsement at the April 2022 State Convention.

The majority of these state delegates were members of the MI Precinct First Team and had another, much more important, issue to address. The MIGOP Credentials Committee (Chair Ron Weiser, Co-Chair Meshawn Maddock, Issues Committee Chair Stan Grot, Policy Committee Chair Mike Hewitt, General Counsel John Inhulsen, National Committeeman Rob Steele, National Committeewoman Kathy Berden) had unanimously decided to credential 199 state delegates who had been elected at an illegitimate county convention held by a group other than the official county party – with total disregard for the Macomb Republican Party bylaws and the August 10 Sixteenth Judicial Circuit Court Order which upheld them.

The Sixteenth Circuit Court Judge heard arguments from both Eric Castiglia (Plaintiff) & Mark Forton (Defendant). The judge analyzed Macomb Republican Party bylaws and other related documents to determine that Eric Castiglia’s attempts to usurp control of the Macomb GOP at the April 11 County Convention was a violation of the county party bylaws and rules. On Page 5 of the Court Order and Opinion it clearly states that “removal of plaintiff Castiglia as a delegate elected to the Executive Committee would have necessarily removed him as an officer of the Executive Committee. As a result, he is precluded from representing himself as chairperson and his convention call would be void.”

To circumvent this ruling, Eric Castiglia started a new entity called the “Republican Party of Macomb County” and issued a Call to Convention to the Republican precinct delegates in Macomb County. Any person can start any entity with any name, but there is only one operational party in each county. Any entity can hold a convention, but only one can legitimately elect delegates and alternates to state convention. The MIGOP Credentials Committee assumed authority they do not have to dismiss the official Macomb Republican Party and recognize another entity to replace it. State party officers DO NOT have the authority to treat an official county party as if it were a “franchise”, whose legitimacy can be revoked at any time in direct violation of its bylaws. And the delegates at the August 27 State Convention understood very clearly what this meant for them if left unchecked.

The ultimate crescendo of state convention was when 88% of State Delegates rose to their feet. They stood AGAINST the party corruption, the total disregard and violation of county party bylaws, and the dictator-like behavior of MIGOP leadership to dismiss a county party at will.

<strong>Sign up to have the latest news and calls to action sent directly to your email!</strong>